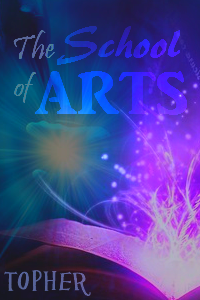 Well, it's posted!  The first chapter of the story I'm writing for this blog.  The title is tentative, but "The School of Arts" fits it perfectly.  You see, the novel is about a teenager named Lucas who has an ability called an "Art."  The idea seriously popped into my head at the most random moment and I decided to run with it.  I mean, an "art" is an ability that someone has that makes them unique, so it makes sense.  Doesn't it?  The main character is Lucas, a name I really like but have yet to use in a story of mine.  His sidekick, if you will, is Silvia, who's about as eccentric as they come.  I'm trying to write it in such a way that makes it read like teen fic, but since it's my first attempt I'm not sure how that's going.  There are a number of techniques I used in writing this first chapter and you can look forward to in depth discussions of them in my next posts.  Some of these include:

1) Hooking the reader and making them look at more than just the first page.

2) Coming up with and developing my characters.

3) Constructing the plot and sub plots and making sure everything makes sense and works together.  (No contradictions.)

4) Making the exposition as interesting as the action.

5) Creating realistic dialogue and using it to characterize.

6)Keeping myself on track.

Feel free to leave comments on the first chapter!